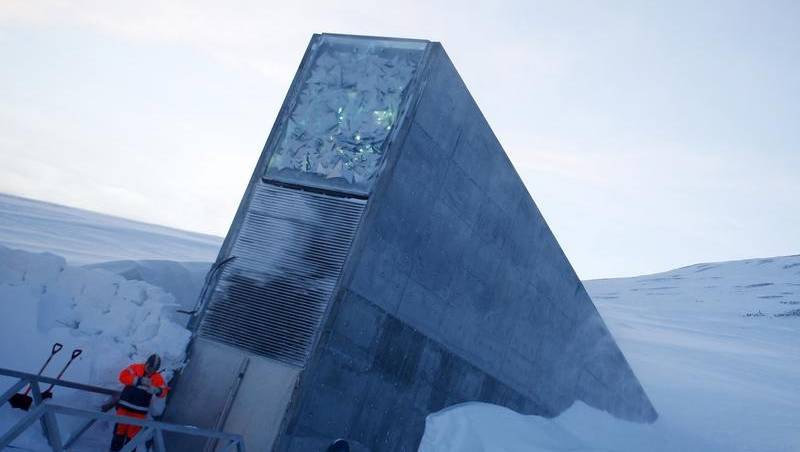 A vault built into the side of an Arctic mountain to preserve the seeds of global cultures from war, disease and other disasters will receive new deposits, including that of the first organization to withdraw from the facility.

The Svalbard Global Seed Vault, on the island of Spitsbergen halfway between mainland Norway and the North Pole, is only open a few times a year to limit exposure of its seedbanks to the outside world.

On Monday, genebanks in Sudan, Uganda, New Zealand, Germany and Lebanon will deposit seeds, including millet, sorghum and wheat, as backups of their own collections.

The International Center for Agricultural Research in the Dry Areas, which moved its headquarters from Aleppo to Beirut in 2012 due to the war in Syria, will deposit some 8,000 samples.

ICARDA conducted the first seed removal from the vault in 2015 to replace a war-damaged collection, and two further removals in 2017 and 2019 to rebuild its own collections, now held in Lebanon and Morocco.

“The fact that the seed collection destroyed in Syria during the civil war has been systematically reconstructed shows that the vault functions as an insurance for current and future food supply and for local food security,” said the Norwegian Minister for International development, Anne Beathe Tvinnereim.

The vault, which contains more than 1.1 million seed samples of nearly 6,000 plant species from 89 seed banks around the world, also serves as a backup for plant breeders to develop new crop varieties.

The world used to grow more than 6,000 different plants, but UN experts say we now get around 40% of our calories from three main crops – corn, wheat and rice – making the food supply vulnerable if climate change causes crop failure.