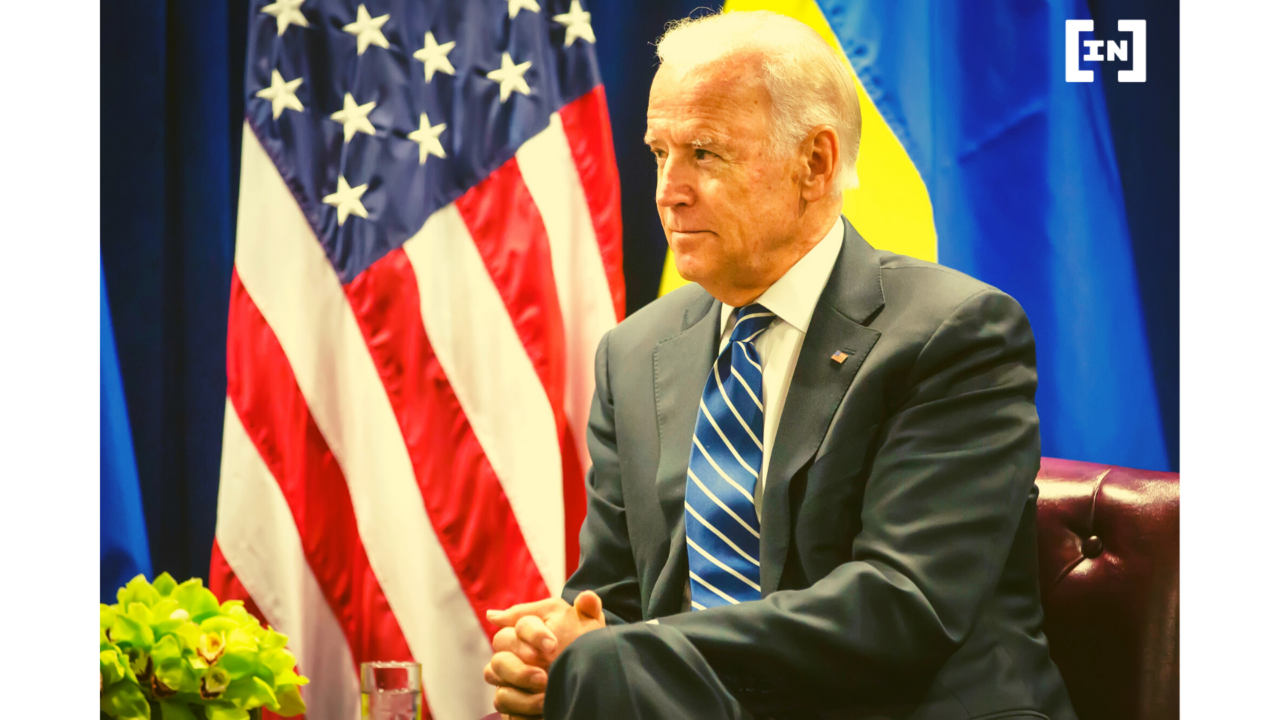 On Friday, the Biden administration announced it would likely crack down on Russian crypto exchanges in the wake of Ukraine’s invasion as part of its latest push to impose additional sanctions on nuclear power.

According to a Biden administration official, imposing sanctions on Russia’s crypto activities should be done in a way that would not harm the broader crypto market — which could also make imposing them difficult.

So far, the United States has resorted to punitive economic measures in an effort to hold Russia accountable for its actions, including targeting the country’s financial sector, big business, government officials, members of the elite and the Nord Stream 2 pipeline – however, after the US and its European allies reached a consensus, cutting some Russian banks from Swift was the next step.

The United States has taken on crypto in geopolitical affairs before

However, imposing crypto sanctions is not straightforward, as digital currencies are inherently borderless, private, and beyond the reach of most governments.

The administration has gone after Russian exchanges before, where in September 2021, the Biden administration blacklisted Russia-owned cryptocurrency exchanges SUEX OTC for allegedly helping launder ransomware payments.

The following month, the US Treasury Department also sanctioned Chatex, another Russian cryptocurrency exchange that “facilitated transactions for multiple variants of ransomware” and provided a link to SUEX OTC for its ransomware activities.

Chatex operates its crypto exchange and wallet through a Telegram messenger bot. Chatex has since been added to the Treasury’s Office of Foreign Asset Control (OFAC) “Specially Designated Nationals” list, which blacklists the exchange, preventing US citizens from doing business with it, as well as the blocking of all individual assets held on the exchange.

Nearly 74% of global ransomware revenue ($400 million in cryptocurrency) went to entities that were likely affiliated with Russia in some way, according to a Feb. 14 report from Chainalysis.

With the Biden administration’s latest interest in cracking down on cryptocurrency companies that transact with blacklisted Russian banks, such as VTB and Sberbank, there is an argument to be made that Russia and its Affluent citizens could potentially circumvent any US sanctions by keeping their wealth in Bitcoin as well as making investments in other countries and parties that wish to continue doing business with them.

And it’s not uncommon for other countries to seek workarounds under Western sanctions – backtracking on Iranian citizens soliciting crypto donations for flood victims in 2019 under US sanctions, while also using revenue from its bitcoin mining to keep selling oil.

In 2020, Venezuelan President Nicolas Maduro proposed a bill that attempted to use crypto to evade different forms of sanctions imposed on the country.

Earlier this month, independent sanctions monitors informed the UN Security Council that North Korea was using cryptocurrencies to avoid ongoing sanctions as part of efforts to fund its missile program. nuclear and ballistic.

Indeed, the US President’s desire to potentially target Russia through crypto may not be as well thought out as hoped, given that a recent Russian government report suggests that there are more 12 million cryptocurrency wallets in the country, which collectively hold over $23.9. billion.

“Russia has had plenty of time to think about this specific consequence,” Michael Parker said in an interview with The New York Times. Parker is a former federal prosecutor who now leads the anti-money laundering and sanctions practice at Washington law firm Ferrari & Associates.

“It would be naive to think they didn’t play out exactly that script.”

The purpose of potential crypto sanctions is to disrupt the economic landscape, according to a Biden administration official.

The administration should find a way to disadvantage Russia, but not at the expense of the wider market, which may not be easy. From the perspective of the Putin administration, cryptocurrencies could be used to offset the effects of other imposed sanctions.

Since banks and financial institutions are required to adhere to KYC or know-your-customer rules, exchanges are not as thorough as they could be, despite the continued need to implement KYC and report suspicious transactions. Exchanges like Coinbase and Binance often work with regulators in different areas of reporting, in conjunction with FinCEN’s requirement that “money transmitters” register under the Bank Secrecy Act.

The DAOs we trust?

Ukraine, on the other hand, ranked fourth in Chainalysis’ Global Crypto Adoption Index, behind Vietnam, India, and Pakistan.

With a tech pool of over 200,000 workers, the country last year regulated many cryptocurrencies, including bitcoin. Illia Polosukhin, co-founder of the Ukrainian NEAR protocol and competitor of Ethereum, noticed that Tether had gained popularity due to its status as a reserve currency in Ukraine.

According to a recent report by blockchain analytics firm Elliptic, the government has raised $9.9 million in cryptocurrency donations as of press time, through two DAOs – demonstrating how the trustless entity can be used for good.

Ultimately, what the Biden administration wants to do is proving extremely difficult and difficult to implement, even as OFAC continues to monitor ongoing sanctions efforts.

What do you think of this subject? Write to us and tell us!

2022-02-27
Previous Post: The Number One Reason Why Centralized Exchanges Still Exist – CryptoMode
Next Post: The Data Vault 2.0 methodology is key to unlocking the promise of Big Data