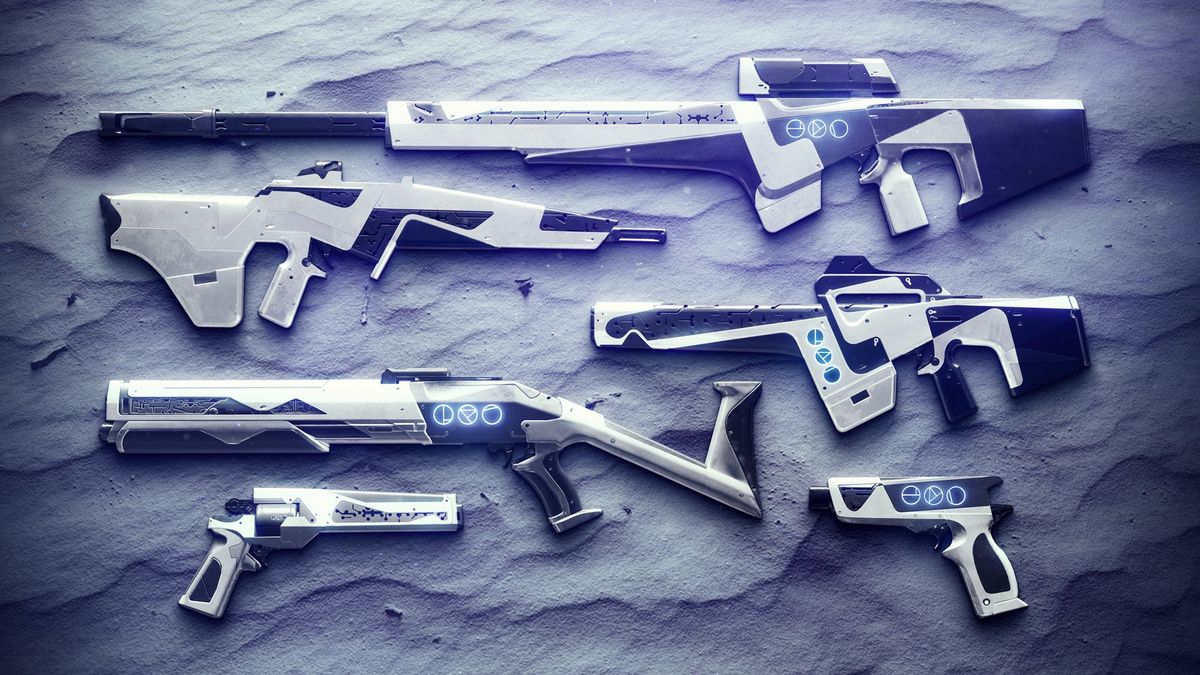 Bungie, once again I beg you for more Destiny 2 Vault space

The true endgame of Destiny 2 isn’t sweating your brows through Grandmaster Nightfalls or trying to avoid getting thrown into an existential crisis while playing Trials of Osiris. The real challenge is figuring out which of your God Roll Adept weapons to remove in order to preserve the ever-smaller corner of free space in the vault you’re working with.

A quick look at Destiny Item Manager, the beautiful third-party app without which our inventories would be entirely unmanageable, reveals that I am currently at 489/500 slots filled. And reader, let me tell you, it’s relatively vast by my standards. Anything over 490 and I’m starting to freak out because it means another round of Sophie’s choice as I pore over weapon perks on light.gg to decide which of my darlings to drop.

Now, at this point, non-Destiny 2 players might well be thinking, “Why would you need more than 500 weapons, when that’s enough to mount an effective coup in many countries.” The reasons are many, but the main one is the fact that weapons no longer expire. For a relatively brief and hugely unpopular period, Bungie experimented with ‘timed’ weapons, which involved giving them a lifespan, after which they could no longer be infused to maximum potency and thus effectively became unusable in high-level content.

Canceling the timer was the right decision, as it killed the incentive to search for perfect perk combinations. Players just weren’t willing to invest that much time grinding weapons they knew weren’t going to stick around forever. But the problems the sunset was supposed to solve haven’t gone away.

1) Creeping power. Each new Destiny season brings a suite of new weapons, but since old ones no longer disappear from the meta, Bungie’s sandbox team needs to keep adding desirable new perks to mix it all up. They need to make sure there’s always a reason to grab a new 140 RPM hand cannon on top of all the big 140 RPM hand cannons already gathering dust in your vault. Creative perks like tomb stone, Tunnel visionand Rewind turns have done an impressive job of sparking this interest without ensuring that the new weapons are strictly better than the old ones. How long Bungie can keep it only the combat designers know, but so far so good.

However, it’s worth noting that Bungie’s sandbox team’s increased responsiveness to balance changes has been a double-edged sword. Players no longer know what perks could be improved in the future, so it’s tempting to hold on to reels that could get spicy overnight with a slight balance tweak. Recently, community manager dmg04 revealed that the much-maligned Adrenaline Junkie perk is being reworked. Good news for grenade spammers, bad news for those of us who have already disassembled literally hundreds of good Adrenaline Junkie guns. Which was pretty much everyone.

Psst…Hold on to your Adrenaline Junkie reels. The team has some fun good news, coming soon.October 12, 2021

2) Vault area. Where Bungie has had much less success is in persuading players to delete their old gear. Everyone I talk to has a hard time figuring out where to store all of this, especially since your vault is also used to house ships, armor, sparrows, ghosts, and all sorts of other tattoos. With a seasonal model that adds new weapons and armor every three/four months, not counting special events, this was always going to be a significant bottleneck. All of my characters are loaded down with as many items as they can carry at any one time, and I also use their mailboxes as an overflow, at the very real risk of things being forcibly removed as they fill up.

The last time Bungie increased the size of chests was in August 2018, when it added an additional 200 slots to bring us up to the current cap of 500. “But if they give you more, don’t fill it- you not with shit?” ‘ Probably! But the fact is that it will take time. The previous hump pretty much kept our heads above water for the past three years, but right now we’re drowning. I have to spend a quarter of my game time playing Jenga inventory, sullenly breaking down guns with a ton of potential into a pile of legendary shards. It is clear that this is not ideal. So why isn’t Bungie doing anything about it?

What Bungie said about the issue

At the end of August, I interviewed Game Director Joe Blackburn and General Manager Justin Truman, and asked them directly if anything could be done. Both were very aware of the problem and understanding of the real distress it is causing, but it didn’t seem like a quick fix.

“Adding Vault space is significantly more complex technically for us, and on our main server across our player base, than I think people realize,” Truman explained. “So it’s not just a button we press and then, hey, we gave everyone more space in the vault.”

I’m absolutely sure that Bungie doesn’t avoid adding more space just to be finicky or to teach us a lesson about difficult personal choices. I have no doubt that a major Vault Space expansion would involve a substantial investment of time and money, but what I’m saying is: let’s talk about it. Because I’d much rather spend $10 on 100 other slots than another fancy emote in Eververse. If cost is the biggest issue, let us know. You might be surprised how much people are willing to throw away for this kind of quality of life change. Especially since with the release of the next major expansion, The Witch Queen, scheduled for February 22, another major influx of gear is on the way.

One silver lining is the weapon crafting system that also comes with The Witch Queen. Although exact details have not been revealed, Blackburn told me that players will eventually be able to craft any version of a possible weapon based on its perk model. “The moment you’re able to make the exact god roll, you’ll have the ability to create any version of this weapon you want,” he explained. “So it’s really a long chase with a gun. And we think if you’re willing to spend that much time with the gun, we’re fine with you being able to make whatever version you want.”

We don’t know exactly what the resources or time required will look like, but theoretically crafting should ease the pressure on our coffers. You will no longer need to keep several different versions of the same gun. You’ll just keep your favorite and create another one if you want to experiment. However, making it will not be a miracle solution to the problem. At launch, crafting will be limited to Witch Queen’s new Raid, Seasonal, and Throne World weapons. Older weapons will be added later down the line, but it looks like we’ll definitely be hanging onto a lot of our old stuff.

I don’t like to play armchair designer, because I have no idea what the exact problems are preventing Vault Space from expanding. (Though I suspect continued PS4 and Xbox One support will be a factor.) But it’s easy to identify a few potential pain points that, if mitigated, could help shrink the space. Vault. First, stop complicating how elemental armor affinities work. As it stands, we need to keep multiple copies of each piece of armor to ensure we have access to Solar, Arc, Void, and now Stasis mods. This could be addressed by having once mastered a piece of armor switchable between each item at no additional cost.

Based on this, in the absence of an in-game loadout system, please remove the glow cost for applying mods. Ideally, this would allow third-party tools to swap entire versions. I’m also talking about shaders and embellishments, for my fashion-forward keepers. Suddenly, we would be able to reduce the amount of armor in the closet and only keep the items with the juiciest stat splits.

We could do that tomorrow. All we need is for Bungie to grant DIM the same permission that exists in the Destiny Companion app today. https://t.co/ofZn0Z1KjFOctober 3, 2021

The good news is that I honestly think Bungie gets it. Those at the top play the game hard and will no doubt come up against the same Vault space struggle. Live games are like super tankers in terms of how quickly they can be fixed, but I wouldn’t be surprised if there’s something on the way already to help us hoarders.

Let’s hope so, because damn I won’t take down any of these six Timelost fixes until I know. exactly what the Adrenaline Junkie buff looks like.