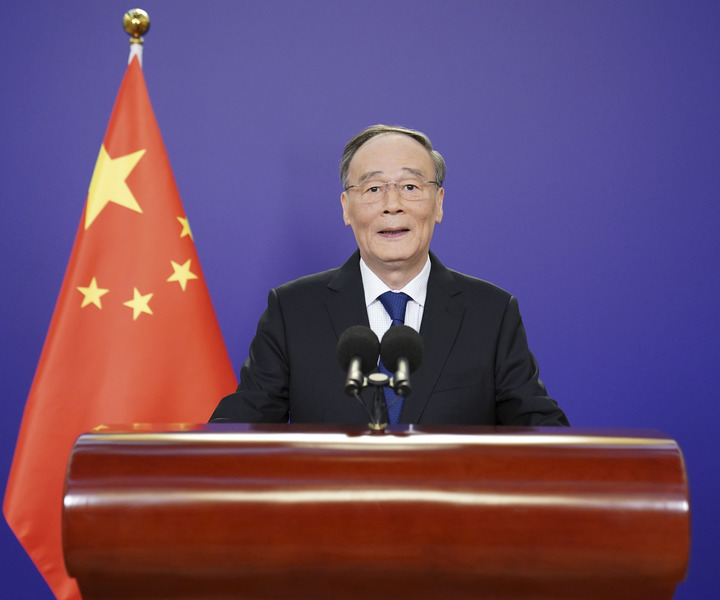 BEIJING (Reuters) – Chinese Vice President Wang Qishan said promoting exchanges and mutual learning among civilizations was a major task in achieving world peace and development, as well as a better life. better for the people.

Wang made the remarks during a video speech at the opening ceremony of the 2nd Dialogue on Exchanges and Mutual Learning among Civilizations.

“We must deepen the understanding of our own civilization and others, find the key to inter-civilizational exchanges from the perspective of all mankind, win the trust of history, culture and philosophy, and build consensus on building a community with a shared future for humanity,” he said.

With a history of more than 5,000 years, the Chinese nation has created a splendid culture, which makes an important contribution to the progress of human civilization, Wang noted.

Wang said the Chinese Communist Party, which leads the Chinese people in upholding and developing socialism with Chinese characteristics, has created a new model of human progress.

China will continue to strengthen solidarity and coordination with other countries to join forces for the progress of civilization and jointly create a better future, Wang said.

“We are willing to share the development opportunity with the world, accelerate the implementation of the Global Development Initiative and deepen the Belt and Road cooperation,” he said.

“Achieving democracy and freedom is the shared mission of all mankind, and rich political civilizations should not be measured by a single yardstick,” Wang said.

Wang said China is willing to work with all parties to explore new paths for the development and progress of human democracy, based on mutual respect, mutual trust and mutual learning.