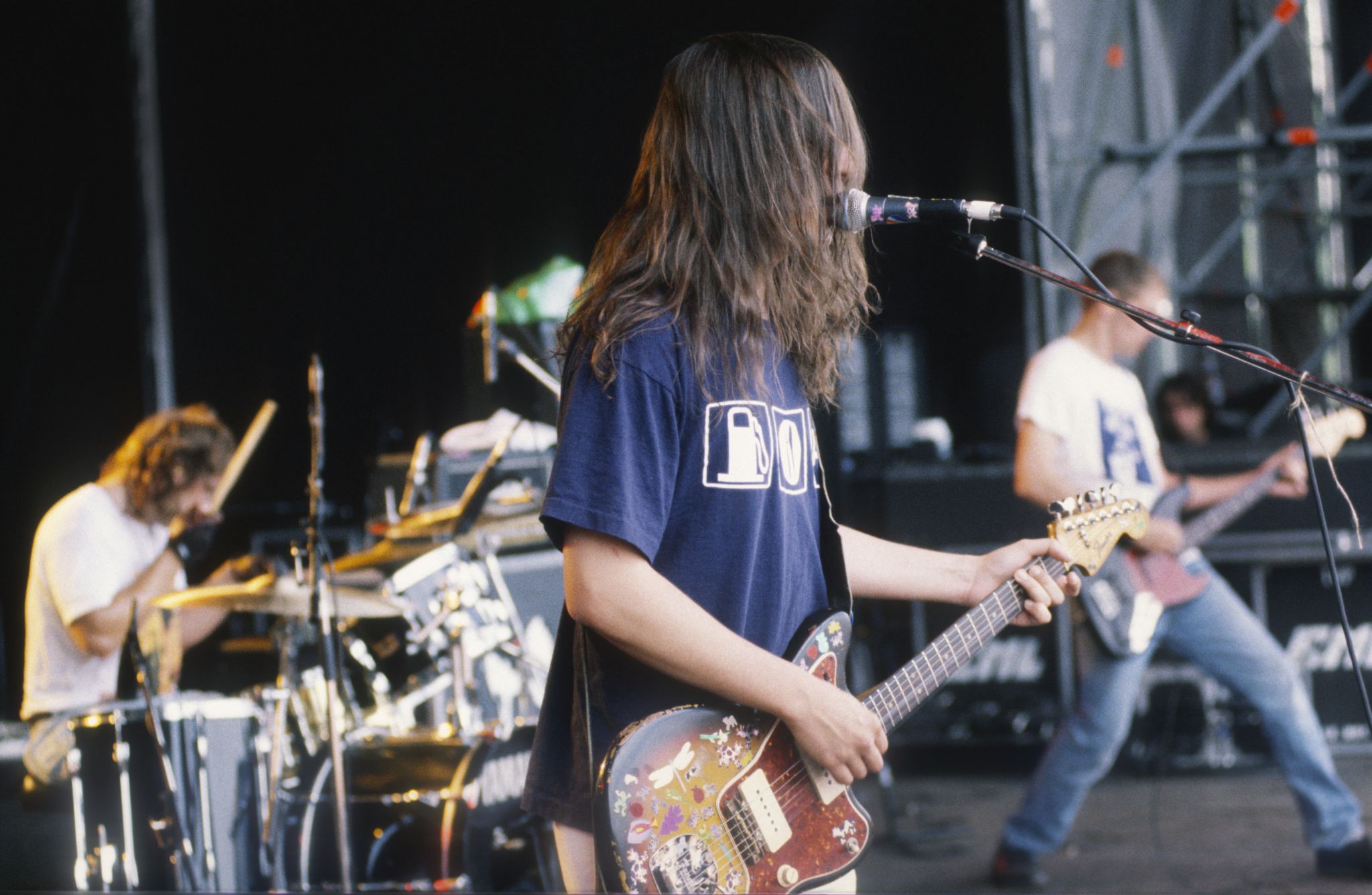 For 30 years, 46-year-old Greg Dalton-Kay from Wethersfield has carefully archived old videos of some of the titans of underground rock n’ roll, including Dinosaur Jr, Archers of Loaf and Sebadoh. Most of these videos, which never saw the light of day, remained at Dalton-Kay’s home.

However, nine years ago Dalton-Kay’s path to uploading his huge library of videos to YouTube came to a crossroads after he offered to help Philipp Virus, a German filmmaker who is also the brother-in-law of J Mascis. by Dinosaur Jr.

Virus had been working on a documentary called “Freakscene,” which chronicled his brother-in-law’s band, for the better part of 15 years. He was struggling to find archival content for the documentary, which was released this year, and Dalton-Kay came to the rescue.

After trying to find video of an infamous fight that broke out on a Connecticut Dinosaur Jr. show, among other videos, for the documentary, Dalton-Kay came across people he used to hang out with. exchanging audio tapes and videos, as well as a man named Dennis.

“He was really investigating everything from the date [and] location to copyright holders and quality,” Virus told Hearst Connecticut. “He even found Dennis, who filmed J and Lou [Barlow] in 1987 fighting on stage during a show, which was an important scene for my film.

Dennis, who is another Connecticut resident, is also a videographer with a huge collection of tapes. After a series of conversations, Dalton-Kay ended up acquiring many of his tapes, which were recorded mostly at shows in Connecticut.

These recordings are also the focus of Dalton-Kay’s recently updated YouTube channel, gkswiss, which features uploads from Dennis’ tapes.

“I think people need to see this stuff,” Dalton-Kay said. “I’ve been thinking about doing this kind of stuff for years and now that I’m doing these other channels, I’m like ‘okay, I have time to do this. “”

Dalton-Kay, who runs two other YouTube channels for concert footage with thousands of followers, has been dedicated to posting Dennis’ footage for the past two months. The footage ranges from a Miracle Legion show with REM’s Peter Buck at The Grotto in New Haven in 1986 to a rare Connecticut performance by the dBs less than a year before their initial breakup.

Dalton-Kay clarified that the recordings are copyrighted under two licenses: the original recording and the music. He currently owns the master recordings of the videos, which were approved by the artists when they were originally recorded. Song licenses belong to the artists. Musicians can ask YouTube to remove their videos if they believe it violates copyright. Dalton-Kay channels are not monetized.

Half of Dennis’ video collection has been uploaded to the channel, according to Dalton-Kay. He hopes that by posting Dennis’s videos, people who are “either a former fan of the bands themselves or someone who is simply interested in the history of underground rock n’ roll” will enjoy considered footage. as hard to find.

Dalton-Kay also said he didn’t initially send footage to the bands themselves, hoping they’d stumble upon it instead and take more interest in it.

“If anyone in the band sees it and wants it, I’ll honor their request,” Dalton-Kay said.

Dalton-Kay traces his interest in underground rock back to when he grew up in the 90s surrounded by bands like Hüsker Dü and Dinosaur Jr. The archivist said he would post classified ads in a magazine looking for people to exchange tapes with.

“I was a music snob back then. I was only into what I thought was cool,” Dalton-Kay said. “With the internet there were a lot of new ways to acquire those recordings for free. or for some kind of exchange.”

About six years ago, Dalton-Kay kicked his archival expertise into high gear when he acquired a box of tapes from a friend he had known since high school. The tapes given to Dalton-Kay were from Boston-based indie rock iconoclast Billy Ruane, who had filmed a number of underground band shows across Boston.

Dalton-Kay eventually took the master tapes from Ruane’s collection and started the RoadToRuane YouTube channel, which currently has over 2,000 subscribers and is his most popular channel.

He also operates THE WRONG HERO NETWORK YouTube channel, which is made up of videos by Cambridge-based videographer Francis DiMenno.

Dalton-Kay thinks posting these videos to YouTube is good for the pictures because most people will be viewing them on their phones rather than laptops or TVs, where high-definition scanning could compromise granular images.

“A lot of people don’t have time to watch YouTube videos even on their laptop. Most of them are watched on people’s phones and when you compress something that looks horrible on a giant TV to something on somebody’s phone, so it looks good,” Dalton-Kay said. “The vibe is there.”

More importantly, Dalton-Kay believes that images help keep the joy of live music alive and allow people to peek into bands that may no longer be active.

“Live music has always been a thing for me,” Dalton-Kay said. “He will never leave. Music is my number one hobby.