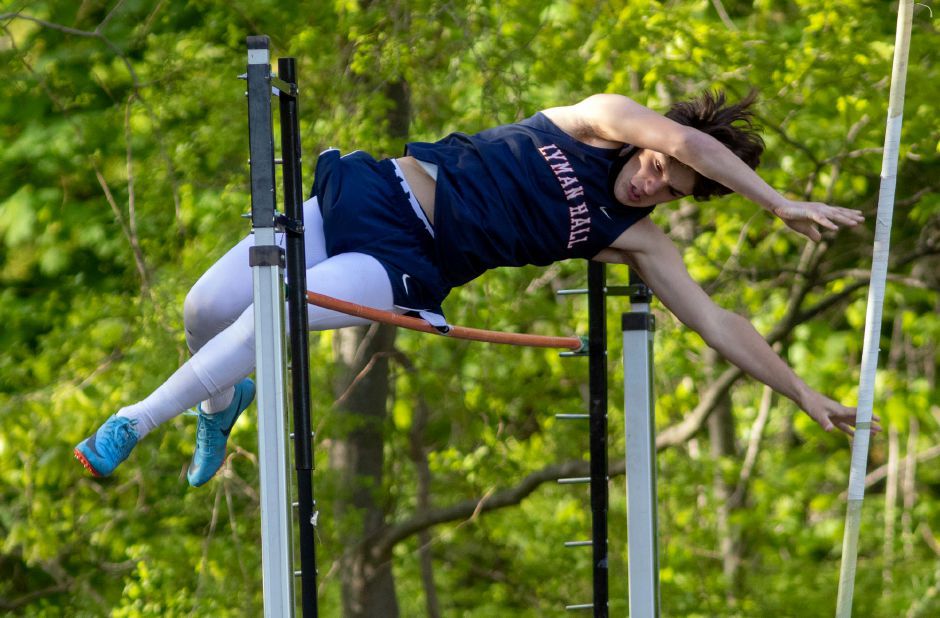 The junior won his event by one foot.

Cheshire junior sprinter Colin Brown also finished first in the competition, who won the 55m sprint with a personal best 6.69 seconds. He also placed fourth in the 300 meters in 37.72.

Jelan Kollie placed third for Sheehan in the high jump at 5-6.

Goodwin Tech 71, Wilcox Tech 40: The Gladiators established a 15-10 lead in the first eight minutes, built it through the middle frames, then sealed the CTC victory on their home turf with a 29-14 fourth quarter.

Nazir Russell scored 21 points and Brandon Martinez was good for 19 as Goodwin improved to 2-1.

He also teamed with his brother, Jerick Lagamao, Alex Sabo and Ryan Christopoulos to win the 200 freestyle relay (1:40.91).