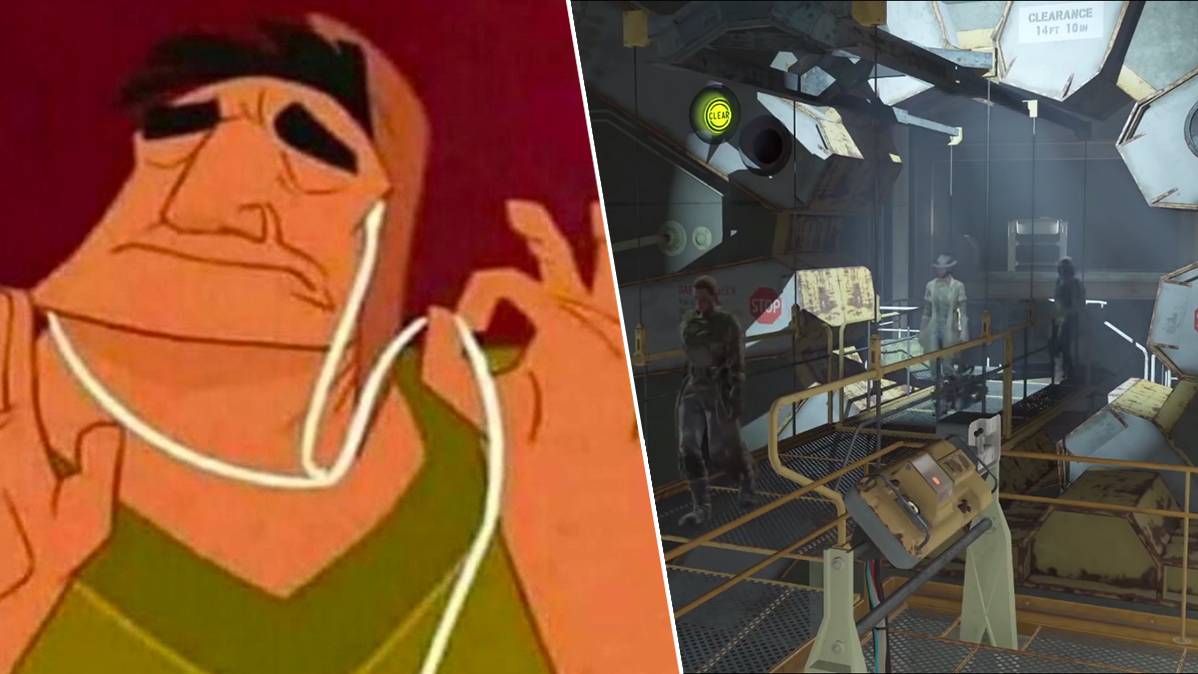 This is a question that has preoccupied researchers since time immemorial. Probably. What exactly does the inside of a vault in the Fallout universe look like? Nuclear apocalypse shelters sure have a very special vibe, with an ambience that exudes unease and claustrophobia with just a hint of Beach Boys. Kind of like my grandmother’s house.

The composer of Fallout 4 (and Fallout 3, New Vegas and 76 while we’re at it) Inon Zur is a master not only of music, but also of creating atmosphere in video games.

But before getting to the heart of the matter, stop for a moment and admire the majesty of Zur performing the Fallout 4 main theme on a solo piano. Haunted.

In a recent interview with GAMINGbible, Zur described how he went about creating that atmosphere in an area, and in the case of a Fallout Vault, an area that doesn’t exist in real life.

“The Vault is a stuffy place, but mostly the Vault is very metallic, there are a lot of metallic items there. Now here’s the trick – I can write a lot of music with metallic elements, but then what? It will merge with the real sound effects which are also metallic and it will cause confusion. Metallic sounds are usually very high pitched, so we create pads that are electronic but will have a metallic feel. They won’t have the attack or the punchy sound of the sound effects. It’ll sound a bit technological, it’ll sound a bit metallic, but it won’t be the real metal hits.

So this is it. A safe in Fallout sounds… metallic. Of course, you could have guessed since it’s like, made of metal or whatever. But it’s still very interesting to understand the process of creating a game’s ambient soundtrack. Zur goes on to also explain his thought process behind the overall tone of music in the Fallout universe.

“We know that we are inside a parallel universe where, in the 1950s, the world [as we know it] just ceased to exist – but now we’re in the 2100s or whatever. A whole new reality has arisen. For that, I think the last music we knew was from the 50s, right? Now, from the 1950s, there has been a sort of diversion; an extraction of this [music], and he went to a very unknown place. Everything that was played by the violin, for example, will be improvised by a primitive instrument. Suppose all violins, including all dear Stradivariuses, cease to exist. Now we have to play, I don’t know, the kitchen sink or something that was left around here. Now, in Fallout specifically, I’ve created instruments that were born into this alternate reality. We help the player to be inside this universe by creating these sounds that are played on an instrument that literally does not exist.

Fascinating stuff. Inon Zur is currently working with Bethesda on the soundtrack for the upcoming star field who, since their acquisition of the company, Xbox say they hope to be bigger than The Elder Scrolls V: Skyrim when it finally comes out. Considering Skyrim is 10 years old and still considered one of the greatest games of all time, that’s a lofty goal. Absolute members if they succeed though.