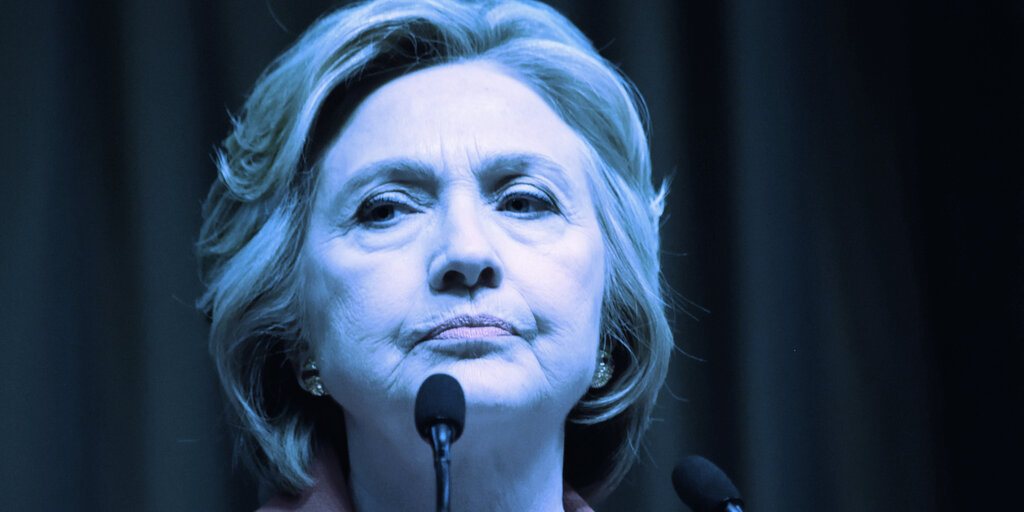 Former presidential candidate Hillary Clinton said she was “disappointed” with some crypto exchanges that did not ban Russian users from their platforms.

“I was disappointed to see that some of the so-called crypto exchanges, not all, but some of them, refuse to terminate transactions with Russia,” Clinton said during a recent interview on The Rachel. Maddow Show on MSNBC.

She added that “everyone should do everything possible to isolate Russian economic activity at this time.”

Several crypto exchanges including Coinbase, Binanceand krakendeclined the option to ban all Russian users, stating that there was no legal basis for doing so.

Most, however, made it clear that they would respect the sanctions if they were extended to citizens.

In contrast, Whitebit – one of the crypto exchanges that Ukraine has asked to restrict Russian users – said the exchange has introduced sanctions list verification procedures.

“Procedures for verification of sanctions lists have been introduced, business activities with RUB [Russian ruble] have been closed and the registration of users from the countries of the Russian Federation and the Republic of Belarus has been suspended,” Whitebit said via email to Decrypt.

“I think there’s a reputational issue here. Do you now or afterwards want to be known as the exchange that facilitated the evasion of sanctions, even though it wasn’t technically illegal?” Tom Keatinge, Director founder of the Center for Financial Crime and Security Studies and the Royal United Services Institute, said recently Decrypt.

“I wonder if the exchanges will go the same way as Eurovision or FIFA. I guess they can take their pick, but when they lose access to Western banks for facilitating the circumvention of sanctions, they might regret it,” Keatinge added.

Clinton’s calls to crack down on crypto

During her interview, Clinton also took the opportunity to call on Western actors to do more to crack down on how Russia might use crypto to evade sanctions.

“I think the Treasury Department [and] Europeans, should carefully consider how they can prevent crypto markets from giving Russia a loophole, both government and private transactions inside and outside of Russia,” she said. declared.

This isn’t the first time Clinton has raised a red flag regarding the broader crypto industry.

Last November, Clinton said that cryptocurrencies have the potential to undermine the US dollar.

“What looks like a very interesting and exotic endeavor…has the potential to undermine currencies, to undermine the role of the dollar as a reserve currency, to destabilize nations,” she said.

That same month, Clinton called the Biden administration to regulate crypto-currencies in the face of states and non-states manipulating the technology.

“We don’t just see states like China or Russia manipulating technology of all kinds to their advantage. We are looking at non-state actors, either in concert with states or alone, destabilizing countries, destabilizing the dollar as a reserve currency,” she added.

Top 5 crypto news and features in your inbox every day.

Get Daily Digest for the best of Decrypt. News, original features and more.