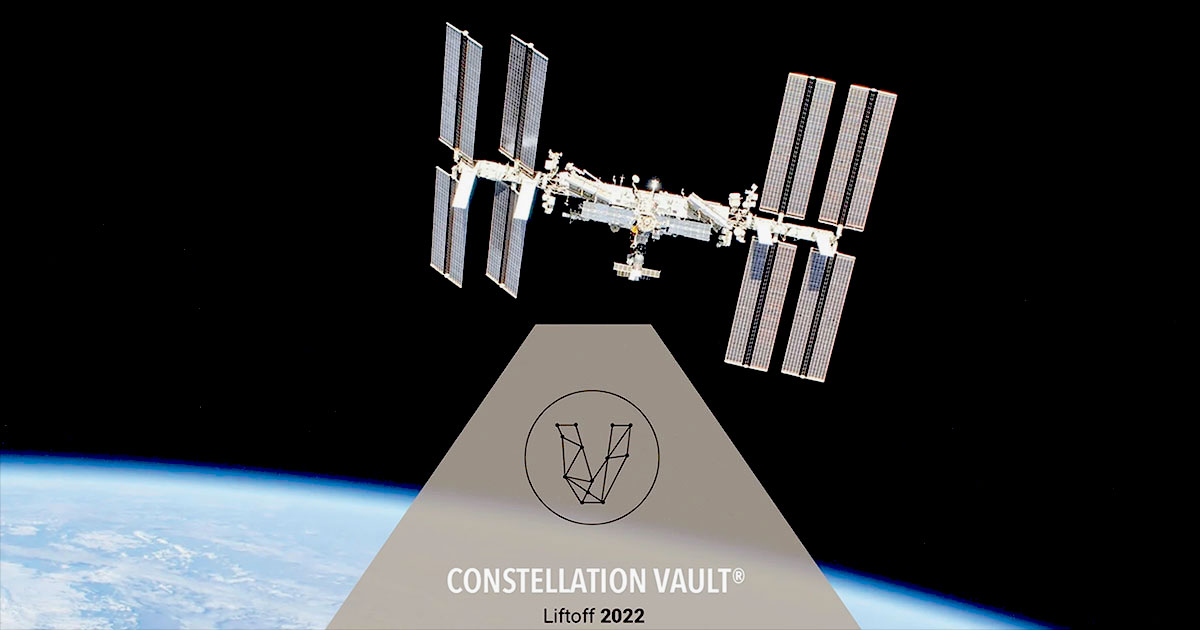 — The International Space Station is about to have its first sales showroom.

Uplift Aerospace, which last year flew an artist’s paintings on the nose of a space rocket, has announced the upcoming launch of its “Constellation Vault”, a platform to display jewellery, works of art and other valuables aboard the space station. Members of Uplift’s new “Space+” community will have access to the vault to view items in space, have the option to purchase at least some of them, and possibly submit their own item.

“The Constellation Vault is an exhibition space where the greatest brands, artists and creators can send objects designed for space, which are unique or which are among the most precious objects on Earth to be presented on the space station. “, Josh Hanes, president and CEO of Uplift Aerospace, said in an interview with collectSPACE. “Whether it’s more artistic-type items or something like investor-grade gems, we want the Constellation Vault to be a place we can use to tell powerful stories and showcase incredible creators from our era.”

“We want the vault to be a place that showcases the value of humanity and the Earth in terms of what we create,” Hanes said, adding that some of the items that will be airlifted will be intended for museums rather than for sale.

Uplift Aerospace has signed a reimbursable space law agreement with NASA to launch and install the Constellation Vault on the space station for brief periods and then return it to Earth. The size of the safe — “think of it like a small locker,” says Hanes — will change with each flight depending on the type and number of items carried.

The logistics of accessing the articles are still being worked out. The first launch is scheduled for the second or third quarter of this year.

“The idea is that we’ll be able to present the objects while they’re on the space station, but we’re still developing the exact process of how that will be done,” Hanes said.

The first step will be joining Space+, Uplift’s online community and NFT (non-fungible token) collection. Unlike many other digital and cryptocurrency-based marketplaces, Space+ NFTs will also serve as membership cards with access to real-life space experiences, including the Constellation Vault.

“NFTs are, for our community, virtual membership tokens,” Hanes said. “Currently, NFTs don’t have much use in the physical world. We’re trying to incorporate that into it.”

Those who purchase and own Uplift’s Space+ NFTs will have access to goodies, such as stealing an item to the space station or winning a suborbital spaceflight, as well as the ability to purchase additional NFTs depending on the items inside the Constellation Vault. The latter will then unlock the opportunity to buy the physical object transported in space.

Space+ members will also be able to participate in events, ranging from educational talks to zero-g (parabolic) flights, and help direct charitable donations. Ultimately, Uplift Aerospace predicts that the Space+ community will launch a robotic rover to the moon.

In the short term, the members might get something that was sent to space.

More details on the contents of the first Constellation Vault will be announced closer to launch. The sale of Space+ NFT will begin this spring (people who join the Space+ Discord channel or follow Space+ on Twitter can get early access). Pricing for the initial Space+ NFTs has yet to be announced.

“We haven’t set the specific price yet, but we’ll set it low,” Hanes said. “We want anyone who is interested to be able to participate. Once the NFTs are purchased, we don’t have much say in what the public market values ​​will be, but initially we set it at a price so that if anyone ‘one wants, they can join our community.’

“The reason we as a company decided to create an NFT platform is because we truly believe that NFTs and cryptocurrency are useful in the long term in space applications,” he said. -he declares. “Our long-term goal is to facilitate commerce. We believe this is a good infrastructure system for space-to-Earth commerce.”