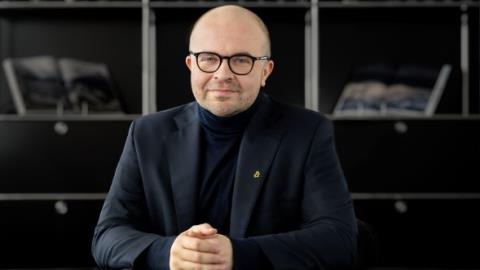 At the turn of last year, Numbrs managed to secure CHF27 million in funding, including CHF17.5 million from Saidler & Co Finance, which is owned by Martin Saidler, who helped launch Numbrs.

It came after the company warned it would have to halve its workforce after a failed funding round in the “high double-digit million range”.

In response, Numbrs changed its business model to focus on a paid software-as-a-service subscription model in Germany and the United Kingdom.

Now it has pivoted again, moving its headquarters from Zurich to ‘Crypto Valley Zug’ and outfitting a former Swiss army alpine bunker as a secure backbone for the launch of a bitcoin wallet app.

Numbrs CEO and Chairman Fynn Kreuz told Swissinfo that changes to European Union laws to create Open Banking should have made it easier for nimble fintechs to connect to the financial system and reach the clients.

“This should have allowed us to deploy our activity with a bang. But some banks have done their best to make life as difficult as possible for third-party providers and squeeze them out,” he said. “We came to the conclusion that increasingly complicated regulations around mobile banking and our reliance on banks were preventing us, in the long run, from building the quality product we wanted to build.”