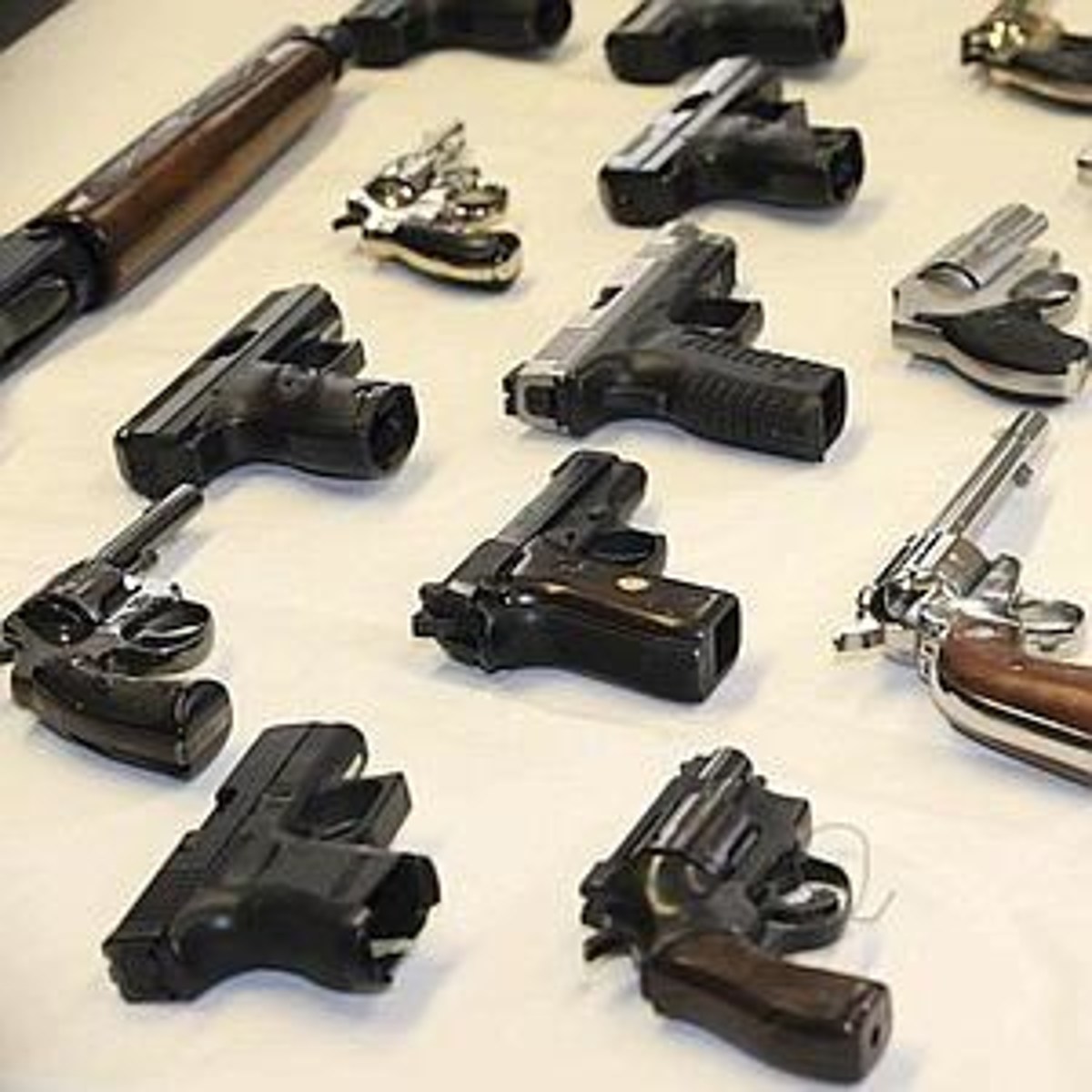 Stolen firearms were in the evidence vault in Yakima

Firearms stolen earlier this month from the state Department of Fish and Wildlife office in Yakima were stored in an evidence safe, Yakima Police Captain Jay Seely said.

When the suspect entered the building, he had access to the safe

He says when the suspect punched a hole in the side of the building on January 2, it gave him access to their gun safe. Weapons were stored as evidence in criminal and civil cases. The Yakima Police Department’s Forensic Unit was able to identify the suspect after a palm print was found at the scene of the burglary.

Police have not named the suspect, but if he is found and arrested, prosecutors are prepared to charge him with 19 counts of unlawful possession of a 2nd degree firearm, 19 counts of theft of a firearm, 2nd degree malicious mischief and 1st degree burglary. Capt Seely says they believe the same suspect responsible for the stolen weapons has also been involved in a series of “burglaries and robberies throughout the Yakima Valley over the past year”. Authorities say they hope to make an arrest soon so they can eventually recover the weapons.

Often stolen weapons are used in other crimes in Yakima, but you can help

Stolen weapons are a big problem in Yakima. In fact, last year the Yakima Police Department created a video on social media asking for your help in reducing serious crime by locking up your firearms, whether you’re at home or in your vehicle. Making sure your gun is locked in your vehicle is vitally important, according to police, as they say 50% of all guns stolen in Yakima come from prowling vehicles. Authorities say the guns are then used on the streets for many serious crimes, including gang-related shootings.

READ MORE: See the states where people live the longest

Read on to find out the average life expectancy in each state.

The 100 Best Places to Live on the West Coast

WATCH: TV locations in every state