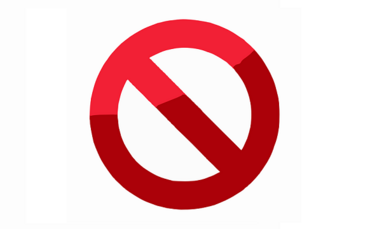 Domain registrar Namecheap has informed its Russian-based customers that it will no longer be able to provide services to them and must immediately find other domain registrars.

“Unfortunately, due to the Russian regime’s war crimes and human rights abuses in Ukraine, we will no longer provide services to registered users in Russia,” the company said in an email sent to customers.

“While we understand that this war does not affect your own views or opinions on the matter, the fact is that your authoritarian government is committing human rights abuses and engaging in war crimes. is therefore a political decision that we have taken and that we will respect.’

Namecheap is advising Russian users to transfer their top-level domains to other providers by March 6 and said it is ready to help people who ask for help with the transition.

The company said customers registered in Russia who use Namecheap, EasyWP hosting or private email services with a .ru, .su, .xn--p1ai (р), .by or .xn--90ais domain (eл) offered by another registrar will now receive 404 errors.

Some angry users said the company’s decision unfairly penalized Russians, many of whom oppose the invasion.

“We haven’t blocked domains, we’re asking people to move. There are many other choices when it comes to infrastructure services, so it’s not a ‘platform,'” Kirkendall explained.

Namecheap’s move comes as the Ukrainian government is also asking ICANN, the non-profit organization that oversees the internet, to revoke all domains assigned to Russia, including .ru.

In an email to Marby, Fedorov said that the Putin administration had used the Internet infrastructure to propagate its war effort, therefore ICANN should take tough action against Russia.

He specifically called for the revocation of domains such as “.ru”, “.рф” and “.su” used by the Russian Federation, as well as the withdrawal of associated TLS/SSL certificates.

However, ICANN is unlikely to respond to such a request.

Economic sanctions imposed by many countries are currently wreaking havoc on the Russian financial sector.

Fedorov said it was “crucial not only to freeze addresses linked to Russian and Belarusian politicians, but also to sabotage ordinary users.”

So far, cryptocurrency companies have refused to comply with Ukraine’s request to ban all Russian users.

Binance, the world’s largest cryptocurrency exchange, said it was taking steps to restrict the accounts of specific people affected by the sanctions, although it has no plans to expand the ban. ordinary Russian account holders.

Kraken exchange chief Jesse Powell said he understood the reasoning behind the request but declined to extend the ban.

Crypto firms, however, have not condoned the situation.

Binance said on Monday that it would donate at least $10 million to humanitarian initiatives aimed at addressing the growing global refugee crisis.

2022-03-02
Previous Post: How Safe Storage is becoming India’s leading provider of safe solutions for household appliances and corporate documents
Next Post: The “haves and have-nots” of health information exchange