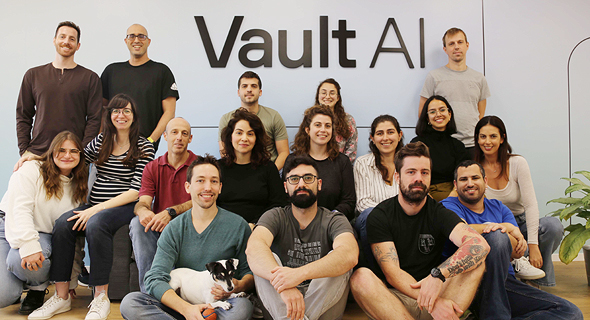 “Hearst Ventures and PICO Venture Partners bring incredible strategic value to the company and we’re thrilled they co-led our round,” said David Stiff, CEO and co-founder of Vault AI. “The media landscape is changing right now and this funding is a vote of confidence in Vault AI’s ability to deliver a new wave of predictive consumer insights tools specifically designed to address this changing landscape. With this funding, we have set aggressive growth targets and expanded our product development roadmap to solidify our unique position in the transforming consumer insights market.”

Vault AI’s platform helps bridge the gap between creative content and audience insights, helping to quickly test what will resonate with audiences. Users can upload content at any stage of production and its platform can analyze 150,000 data points associated with story, talent and production, which can then be compared to 50,000 titles in 60 countries. Customers have used Vault AI to test thousands of pieces of content to aid their pilot testing, concept training, trailer editing, and green light projects.

“Consumer habits formed during the Covid-19 pandemic are accelerating changes in the media marketplace on multiple fronts,” said Gil Canaani, managing director of Hearst Ventures and new Vault AI board member. “Competition for subscribers and viewers is fiercer than ever, and as a result, the need for AI-powered, real-time, and accurate consumer insights data has exploded. The Vault AI team combines Israel’s top AI brains with world-class consumer insights talents, uniquely positioning them to meet this need and enable media companies to make smarter decisions faster by matter of content.

In May, CTech spoke with Stiff who confirmed that the company has 10-15 customers globally that are streamers, networks, and studios. “If you’ve seen a movie or TV series in the last few years, you’ve seen our work and you didn’t even realize it,” he said at the time.

Vault AI will use this investment to support its global growth initiatives, such as growing sales and product teams, enhancing its consumer insights technology, and servicing new verticals beyond entertainment. In May, Stiff hinted that the company planned to expand the analysis of advertisements and CPG products for advertising purposes, as well as analyzing podcasts and predicting their success if they were to be adapted into a film or a television series.

“The AI ​​revolution is in full swing across many verticals and industries, but it’s only just beginning to heat up in the $80 billion consumer insights market,” added Claudia De Antoni, partner at operation at PICO Venture Partners, who co-led the round and will join Vault AI’s board. “As a market leader in its field, we believe Vault AI’s business model is well positioned to transform and capture the market.”

Vault AI was founded by Stiff, Ziv Ayalon, and Nir Tzachar. Hearst Ventures was founded in 1995 and has invested over $1 billion in companies including Buzzfeed, HootSuite, Otonomo, and Pandora. PICO Venture Partners was established in 2015 and has so far invested in enterprise software, automotive retail, e-commerce, cybersecurity and IT healthcare.