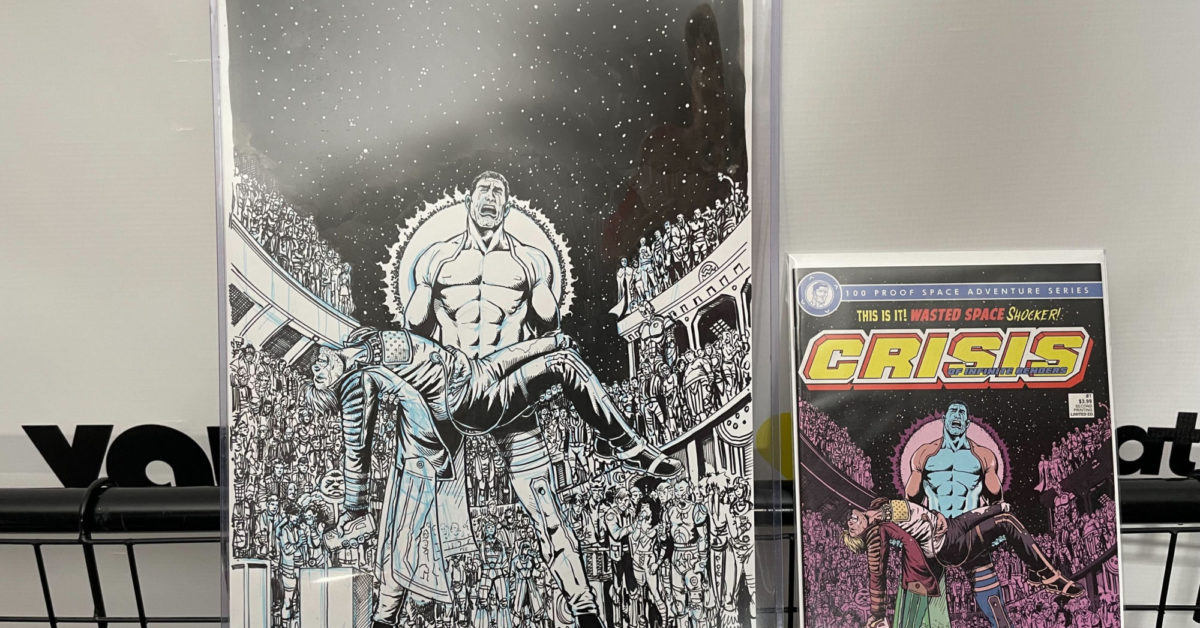 This Thursday would have been the 68th birthday of George Perez died last month of cancer. In his memory, Vault Comics will be launching its first-ever live charity auction and all proceeds from the auction will be donated to the Hero Initiative, a charity George worked with regularly and served on their board of directors. Starting Thursday, June 9 at 9:00 p.m. BST, 4:00 p.m. ET / 1:00 p.m. PT, on their Whatnot channel, Vault will be auctioning off original artwork by artists darick robertson, Eric Donovan, Liane Kangasand Tim Daniel. In addition to the original artwork, CGC 9.8 has classified copies of limited release Vault comics and two copies of the extremely rare JLA/Avengers The trade paperback will be auctioned.

“For the past year or so, we have all watched George Pérez close this chapter of his story with dignity, grace and love,” said Tim Daniel, Vault EVP Branding & Design. “It came as no surprise to anyone and everyone who had met Mr. Pérez, either personally or through his work during his decades-long career in comics. He left us exactly as we met him. , true to form, with easy kindness and the same openly welcoming way he wrote his entire story.

“A very big thank you to Jason Benerco-owner and general manager of Muse Comics in Missoula, MT, and Eitan Manhoffowner of Cape & Cowl Comics in Oakland, Calif., for providing us with two very rare and highly coveted copies of one of Mr. Pérez’s most famous works, JLA/Avengers,” continues Daniel. “We would like to thank the artists and creatives who have so selflessly and selflessly carried on the spirit of Mr. Pérez by supporting our Hero initiative and honoring him with their donated original works, especially artists Eryk Donovan, Liana Kangas and Darick Robertson. We hope you will all join us in supporting the Hero Initiative in honor of Mr. Pérez on his birthday, only on Whatnot.

All auctioned items are now available for pre-auction on Vault’s Whatnot page.