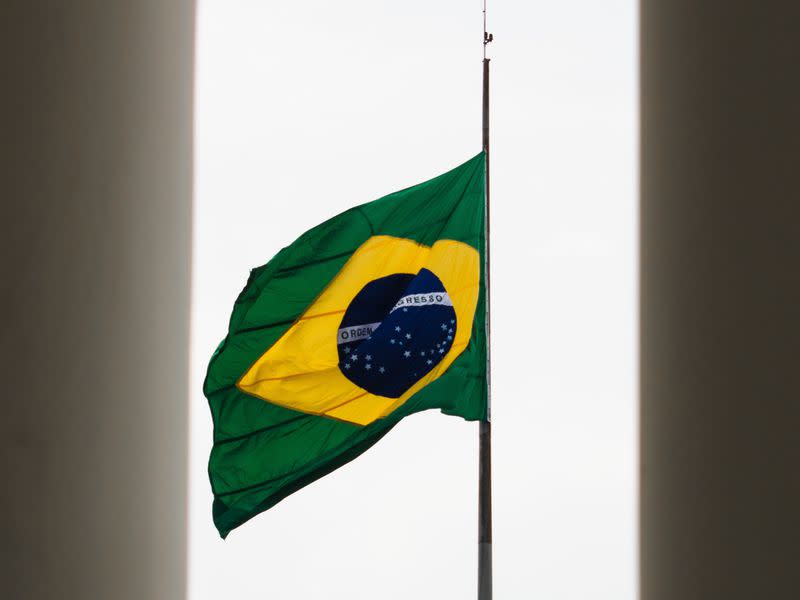 Amid a crypto boom in Brazil, several global exchanges consider the country to be the top market in Latin America in 2022.

Interest from Binance, Coinbase, Crypto.com and other exchanges in Brazil has increased as the region’s largest economy grapples with significant economic imbalances.

Brazil has seen a 10% inflation rate in 2021 and a steady depreciation of the Brazilian real against the US dollar, which has pushed the local currency from $0.25 in January 2020 to $0.18 this month -this.

This article is part of CoinDesk Brasil, a brand new partnership between CoinDesk and InfoMoney, one of Brazil’s leading financial news publications. To follow CoinDesk Brazil on Twitter.

Between January and November 2021, locals traded $11.4 billion in stablecoins and nearly tripled the total traded in 2020, while bitcoin trades reached $10.8 billion over the same period, according to Receita Federal. , the Brazilian tax authority.

Brazilians are incentivized to buy cryptos instead of US dollars to hedge against inflation or devaluation. When acquiring foreign currency, Brazilians are forced to pay a tax on financial operations – IOF is its acronym in Portuguese – which varies between 1.1% and 6.38%. The tax does not apply to stablecoins.

In addition, the Brazilian Central Bank prohibits locals from saving US dollars in a national bank account. Admittedly, the monetary authority abolished this prohibition by approving a new exchange rate framework in December 2021, but it has not yet implemented it.

Brazilians also prioritize crypto over other more traditional investments. According to data from the Central Bank of Brazil (BCB), as of August 2021, Brazilians held $50 billion in crypto, compared to $16 billion held in US stocks.

Read more: Why Brazilians Are Turning to Stablecoins Like Tether

Locals are familiar with digital money, as the country leads in digital payments in Latin America. In October 2020, the BCB launched a real-time retail payment system, Pix, which in November 2021 had more than 104 million users – in a country of 214 million – and concentrated more than 70% of total transactions .

In the field of crypto, the BCB plans to carry out the first tests of its CBDC in 2022, while the local senate will discuss three bills aimed at setting the rules for the crypto ecosystem in the country.

Binance, the world’s largest crypto exchange, has a particular interest in Brazil. “It’s a key strategic market for Binance, that’s for sure. It’s the biggest market in Latin America in all metrics and with huge potential; and it’s also very important for the business there. ‘global scale,’ the company told CoinDesk in an email.

Over the past three years, Binance has focused on hiring Brazilians to bolster its support team, the company said. Now the exchange is looking for a managing director to lead its Brazilian operations, according to one of eight job postings it has in the country.

In November 2020, Binance began accepting Brazilian reals through a fiat gateway, which increased the number of active users transacting by 125% in 2021 compared to the previous year, the company told CoinDesk.

In the same month, crypto exchange Coinbase announced the creation of an engineering center in Brazil, for which it has nine open positions on its careers page. The company seems to have a particular interest in payment services.

Crypto.com, a Singapore-based crypto exchange, is another heavyweight looking to expand into Brazil.

According to Guilherme Sacamone, Crypto.com’s head of growth in Brazil, the company has been operating in the local market for “a few months” and is currently working to integrate its fiat wallet with the government’s payment system, Pix. Additionally, Crypto.com plans to launch a Visa debit card in Brazil, Sacamone told CoinDesk, without providing an exact launch date.

Crypto.com is also looking for a Country Manager to lead its Brazilian operations, in addition to bolstering its institutional customer base by hiring a Director of Institutional Sales.

“Latin America is an important region for Crypto.com and Brazil, being its largest market, has become a global priority for the company,” Sacamone said.

Brazil is also beginning to attract European trade. Bit2me, a Spanish crypto exchange that raised €20 million through an initial coin offering in 2021, expects to land in the first quarter of 2022, Bit2Me CEO Andrei Manuel told CoinDesk.

Bit2Me plans to allow users to buy and sell crypto with fiat and provide crypto to crypto exchanges. It has a team of 20 people in Brazil and plans to hire 20 additional employees in 2022 to bolster its marketing, compliance, product and support teams, the executive added.

But the enthusiasm for the Brazilian market is not limited to exchanges. Global payment company Ripple sees Brazil as the main driver of growth in Latin America. It is currently looking for a business development manager to coordinate “strategic relationships” that include “payments and fintech companies, financial institutions, and digital asset infrastructure players”, among others.

Founded in 2014, Mercado Bitcoin is the largest crypto exchange in Brazil, with 3.2 million users. It also raised $250 million in a Series B funding round from Softbank in 2021, making it Brazil’s first crypto unicorn.

Mercado Bitcoin’s main competitor in Brazil is Bitso, a Mexico-based crypto exchange that raised $250 million in a Series C funding round that made it the first crypto unicorn in Latin America.

José Molina, vice president of marketing at Bitso, told CoinDesk that the company plans to become the largest exchange in the country in 2022. Although it did not disclose its customer base in Brazil, Bitso told CoinDesk that its Brazilian business unit had grown 97% in the past six months.

Bitso currently has more than 30 job openings in Brazil in an effort to “expand quickly,” Molina said. The company hired Facebook veteran Vaughan Smith in August 2021 to accelerate its expansion in the country.

Bitso has more users than Mercado Bitcoin – 3.7 million compared to 3.2 million – taking into account Argentina, Brazil, Colombia and Mexico, which are the markets in which it currently operates.

But the numbers could change in 2022, as Mercado Bitcoin seeks to expand in the Spanish-speaking part of Latin America through acquisitions in Argentina, Chile, Colombia and Mexico, 2TM CEO Roberto Dagnoni said. at CoinDesk in June.

For 2022, it plans to launch its enterprise trading desk, Ripio OTC, aimed at institutional investors and high net worth traders, said Ripio Brazil country manager Enrique Teixeira. In parallel, the company is working on “various payment products” with Visa Brazil, including a crypto card and several projects with local fintechs.